French born and Wales based, I illustrate playful characters and their natural environments. Surrealism, nature, and ducks, among other fluffy animals, take an major role in my compositions. My work has been used on magazine covers, promotional, packaging, and websites.

I draw with pens on paper then digitally add the colours following a recipe I’ve arrived at through my illustrational explorations, as documented on my blog.

Originally from south of France, I grew up in a small town near Marseille. I moved to London in 2006 where I lived for nearly 6 years, and I’m now back to country life in Penarth, South Wales.

I graduated from the University of Avignon in 2005 with an MA in Computer Science which allowed me to design and build many websites and work with talented digital teams.

I’ve been providing my freelance illustration services for clients in France and in the United Kingdom since 2010. I specialise in hand-drawn and digital illustration, character design, logo design, product illustration, hand lettering and advertising. 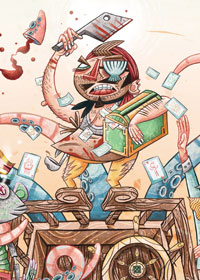 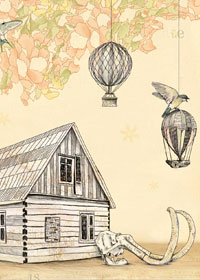 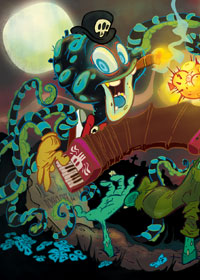 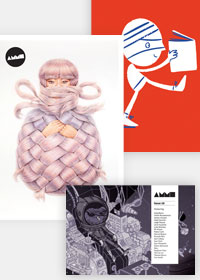